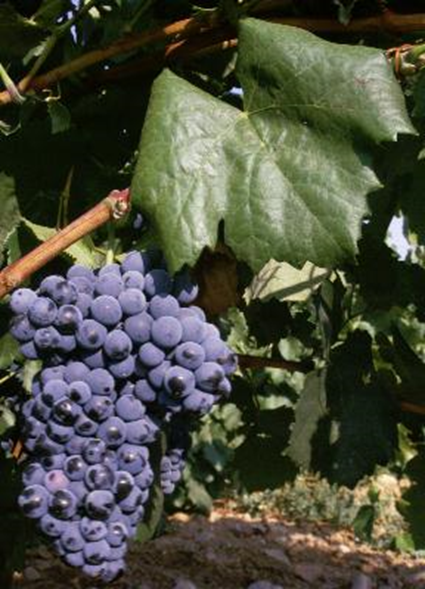 History and origin of the variety: The first mention of this variety under the Alicante denomination is from Viala and Vermorel (1909), which indicate that it is a hybrid obtained in 1885 by the French viticulturalist Henri Bouschet, from the crossing of Petit Bouschet with Grenache varieties. This crossing gave rise to the Alicante Henri Bouschet variety that spread from that date to the European vineyards, California and Australia, with the purpose of enhancing the color of European wines.

Why does a French vine viticulturalist take the name Alicante for its emblematic crossing? 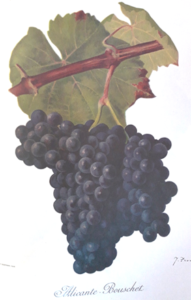 The answer is in Germany in 1844 where Traenhart quotes the Alicant Blau variety as synonymous with the Garnacha variety. Later, Viala and Bermorel, in volume VI of their encyclopedia (1905), mention Alicante as a synonym for the Garnacha (Grenache) variety. They mention it as Alicant or Alicante, cultivated in the Roussillon, Bas-Launguedoc and Provence areas. Viala and Belmorel mention the synonymy Alicant de Pays in the Roussillon and Alicantina in Spain. In 1925 Marzotto cites Alicante or Alicante di Espagna as a synonym for Garnacha in the Calabria region, Italy. In 1996, the International Office of Viña el Vino (OIV) recognized the name Alicante or Garnacha de Alicante as an official synonym for Garnacha.

The first reference to the cultivation of this variety in Spain is by García de los Salmones (1914), who cites its presence in all the provinces of the Valencian Community, Castilla-La Mancha and Galicia, in Murcia, in several provinces of Castilla y León , and in Vizcaya, Granada and Jaén. Likewise, García de los Salmones (1940) indicates that Garnacha Tintorera should not be confused with Tinto Fino or Cencibel, nor with Tinto Basto or Borrachón from the La Mancha region. Neither with the common Tinto de Madrid. He points out that it is not clear what variety and under what name it is grown, since the varieties that give intense color try to take the name of the most famous Tintorera: Alicante Henri Bouschet.

The doubt about whether Alicante Bouschet is the synonym of Garnacha Tintorera has extended until 2003, when studies were carried out in El Encín and recently confirmed by molecular markers. Before these studies, Galet and Hidalgo in 1988 said that “there is a variety closely related to Alicante Bouschet and is known as Garnacha Tintorera, Moratón, Alicante, Tintorera or Tinto Velasco, it is a variety of red grape, whose skin contains a great deal of coloring”, doubting if both varieties were synonymous. Chirivella and his collaborators in 1995 indicate that in France they call Garnacha Tintorera as Alicante Bouschet, trying to confirm this synonymy, and later Peñín, in 1997, says that Garnacha Tintorera is a Spanish variety with characteristics very similar to Alicante Bouschet. There are authors who consider them the same and others who do not. It indicates “its origin would be Alicante or Albacete, and later it would have passed to the northwest of the Peninsula”. The IMIDRA team confirmed in 2003, studying the DNA, that there are three tintorera varieties (with pigmented pulp) present in Spain: Petit Bouschet, with the synonym Negrón de Aldán; Morrastel-Bouschet, crossing of Morrastel (= Graciano) x Petit Bouschet, with the synonym Garnacho; and Alicante Henri Bouschet, crossing of Alicante (= Garnacha) x Petit Bouschet. This last variety is the one that has spread the most of the three and is the one that we know in Spain Garnacha Tintorera.

Cultivation area: It occupies the tenth place among the Spanish varieties, with 2% of the vineyard area. Its surface has increased by 16,628 ha since 1990. Present in 9 Autonomous Communities, with 57% in Castilla-La Mancha and 30% in Galicia. Also present in Alicante, Almansa, Bierzo, Campo de Borja, Catalonia, Jumilla, Manchuela, Ribeira Sacra, Ribeiro, Ribera del Guadiana, Terra Alta, Valdeorras, Valencia and Yecla.

Description of the variety: The tip of the young branch is very cottony, with an intense reddish rim. The young leaf is reddish in color, very cottony on the underside. The adult leaf is medium-small in size, pentagonal; non-existent lateral sinuses, whole or trilobed; upper surface very dark green, almost black; cottony underside, and with a peculiar appearance: they roll up at the edges towards the underside in a claw shape and in autumn they turn reddish in color. The bunch is small in size, medium compactness, and short conical shape. The berry is medium in size, spherical in shape, blue-black, colored pulp. Its demeanor is semicreeper, with early budding and medium maturation. It is a plant sensitive to mildew, powdery mildew and scoria and of medium vigor.

Oenological characteristics: It produces a wine with a very intense red color. Its alcoholic graduation is moderate and its acidity is well balanced, and among its topics of the past it was said that it lacked finesse and elegance. It is used in blending to add color. Its vocation was to make red wines of deep color, to mix it with whites and thus obtain red-colored table wines. On the contrary, currently there are some elaborations of high quality, finesse and elegance, with the same very intense color, adapted to current trends and with fruity aromas, as they are currently doing in Alicante or Madrid, for example.