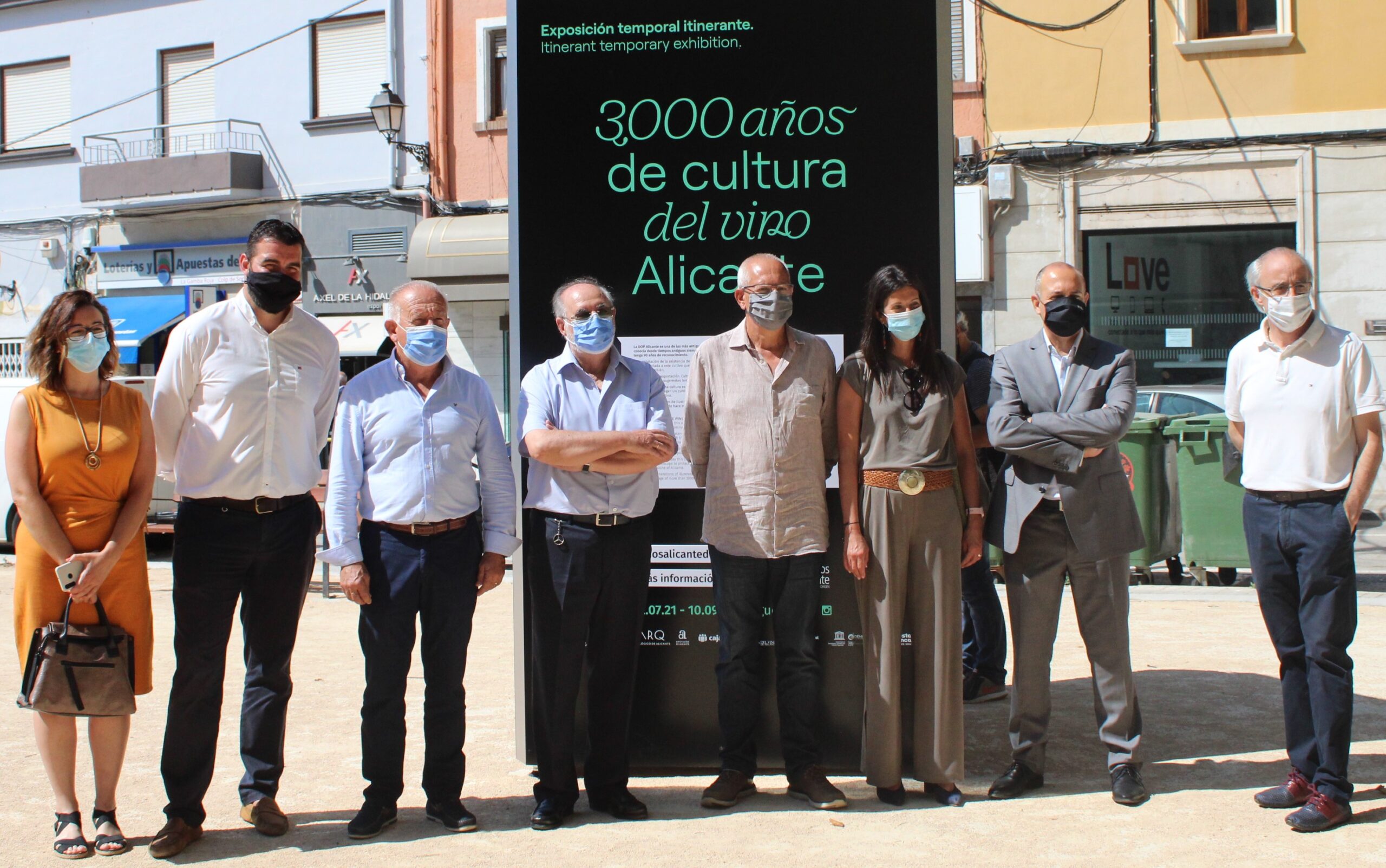 A traveling exhibition illustrates the broad history of Alicante wine

In Dénia the exhibition “3000 years of Alicante wine culture” has been inaugurated, which unites history, wine and art in a unique combination.

The DOP Alicante has inaugurated in Dénia a new cultural project that tells the more than 3000 years of history of Alicante wine to all citizens. In fact, it is an outdoor itinerant exhibition project that will tour the lengthy history and values of this important quality figure through different locations.

For this occasion, they have used the art of illustration as a vehicle to tell the main milestones of that history in a creative and artistic way and give it a new value. Three leading illustrators from Alicante have created a new iconography to illustrate this evolution through their various techniques. Miguel Calatayud, an established figure of Spanish illustration is accompanied by two young talents: Paula Alenda and Erre Gálvez who work watercolor and collage respectively.

The three have recreated through their works such important chapters as Benimaquía, the “Junta d´inibició”, phylloxera, the diffusion of the brand, along with current topics including sustainability, crafts, or wine tourism among others.

The exhibition has been inaugurated in Dénia -where the oldest winery in the area is located- and will move in September to El Campello where another important site where winery remains of Los Baños de la Reina is located. In the two squares, conferences, visits to museums and archaeological remains and other entertainment activities promoted by the Costa Blanca Tourist Board will also be organized. Among the visitors, wine tourism experiences of the DOP Alicante will be raffled off.

The exhibition is located on the site between Marques de Campos and la Vía streets and will run until September 8. The presentation was attended by the mayor of Dénia, Vicent Grimalt and councilor for culture, the Deputy for Promotion and local development Sebastián Cañadas, the manager of the Costa Blanca Board of Trustees Jose Mancebo, the director of Cajamar Blanca Huelamo, the manager of MARQ Museum Jose Alberto Cortés, Josep Gisbert of the Museum of Denia, representatives of AHETMA (the Marina Alta hospitality association) and the president of the CRDOP Alicante, Antonio M. Navarro.

The project has the collaboration of the Department of Agriculture, the Alicante Provincial Council, the MARQ Provincial Archaeological Museum, the Dénia City Council and the Cajamar Foundation.

National Award for Illustration and Distinction of the Generalitat for Cultural Merit. His emergence in the 1970s contributed to the renewal of Spanish graphic illustration. His work, of an unusual coherence and quality, points to a space of freedom detached from genres and borders. In addition, his graphic work illustrates more than 100 books.

An art historian and illustrator. For more than 20 years she has worked applying illustration to graphic design. At an editorial level, she has specialized in the field of children’s literature. In addition, she is a creator of illustrated products for stationery, textiles and wallpaper and has created collections for the stores of various national museums. 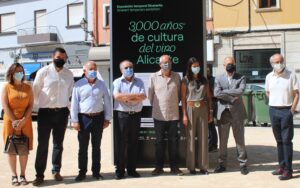