The fourth season of The Wine Van series has launched the episode dedicated to the Alicante PDO. The complete series is now available on Amazon Prime Video as part of the Prime Video Direct content delivery portal in Spain, the United Kingdom and the United States.

In the episode dedicated to the Alicante PDO, the British millennial Ian Chapman accompanies the manager of the Denomination, Eladio Martín Aniorte, on a journey through the long history of Alicante viticulture and learns what a quality seal consists of. In addition, he discovers Fondillón, the exclusive sweet wine from Alicante made with grapes of the Monastrell variety.

The fourth season reveals surprises and hilarious stories in which Ian continues to learn and show millennials that wine is also something for young people. To do this, he tours the wineries in his motorhome with the most original and innovative projects through the common thread of humor, ease and freshness. In this fourth season, Ian is more daring than ever and openly asks the questions that no one dares to ask so that he can fully enjoy his discovery of wine. The Wine Van aims to build through the curious gaze of a millennial, a community of young people who want to learn what the world of wineries, vineyards, oenology or wine production is like. With Ian it is easy to remove elitist labels to approach viticulture from an attractive point of view for the public of his age and thus be able to see it and spread it on his favorite platforms: Amazon Prime Video and social networks.

The series is recorded entirely in English and in a short format to be consumed on any device and at any time, so it is intended for millennials around the world and that is why it is distributed not only in Spain, but also in the United Kingdom and USA.

In the fourth season The Wine Van Ian trains his olfactory memory, visits a Cinderella Castle, travels to the Wild West, becomes a great singer or becomes a wine magician to tell how wineries make the land and the climate the perfect accomplices to make different and original wines.

The series is produced by the Mil Ojos Producen team, a creative agency specialized in wine and gastronomy with more than 15 years of experience in Branded Content series such as The Wine Van or MissDelic. For more information about The Wine Van: https://www.primevideo.com/detail/0QCCUBN9G9GV8IQP06LUPCWIN7/ref=atv_dp_season_select_s4 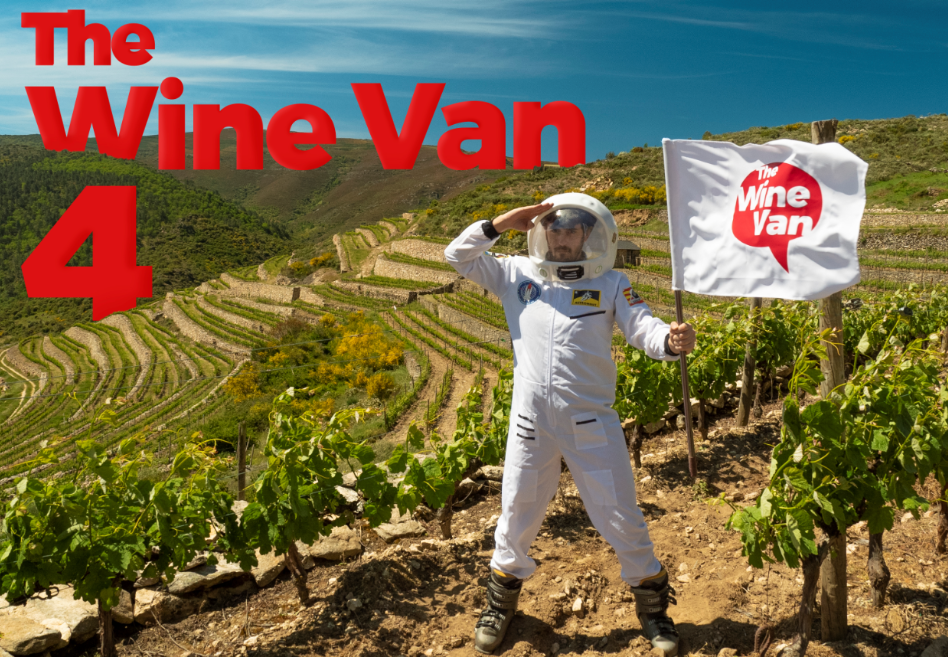