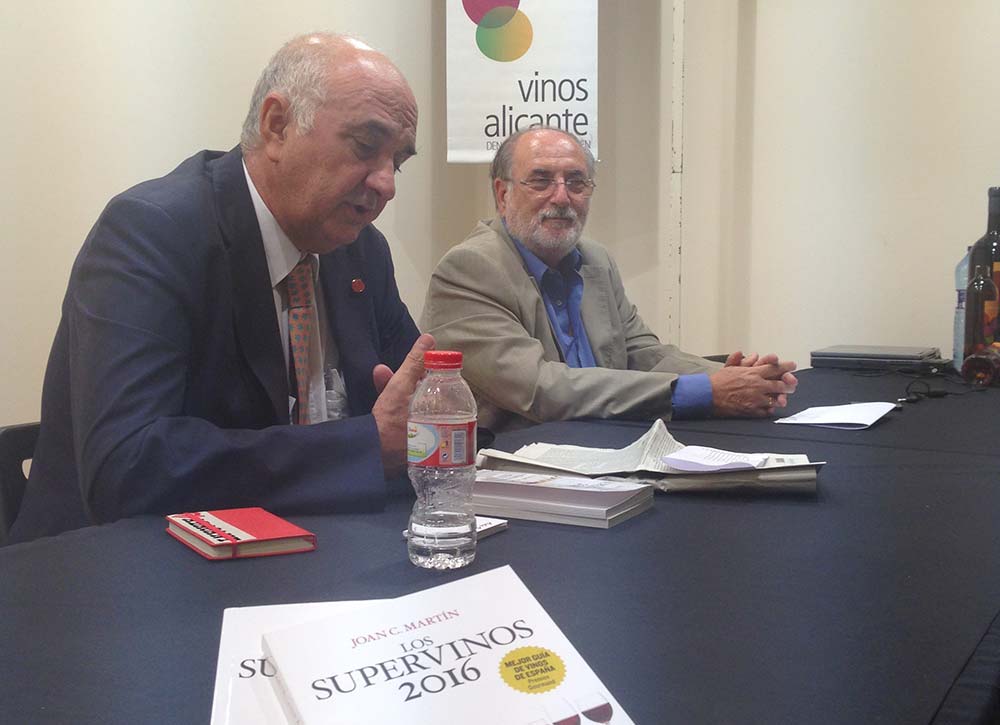 Publisher Las Guías del Lince and Vinos Alicante PDO have presented the 2016 edition of “Los Supervinos” wine guide. Awarded the title of “best Spanish wine guide” at the Gourmand awards, the guide includes 118 wines costing less than 6.99 euros and 32 wines priced at 14.99 euros, emphasising one of the strongest points of Spanish wines, their excellent value for money. In this, the Alicante PDO is undoubtedly ahead of the rest. The PDO has occupied the midway point of this ratio for years according to data from the Spanish Wine Market Observatory and from all the wine guides, which report a higher average quality than in other Spanish regions.

The guide has been produced by journalist, wine expert and critic Joan C. Marti, who frequently works with the Alicante PDO on courses, exhibitions and historical memory recovery, which is why the President of the Regulatory Board has highlighted the author’s work and enthusiasm.

The guide lists 9 Alicante PDO wines alongside others that “are easily found in supermarkets and are outstanding quality, as well having close ties with their origin, which makes them special” as Martín says. They include two from the Sierra Salinas label: “Mo” and “Puerto Salinas”; two from Primitivo Quiles “Cono 4” and “Tinto roble”; another two from Casa Cesilia “Cesilia Rosé”, “Cesilia Blanc” and “Cesilia Roble”, plus “Miracle Art” from Bodegas Gandia. In Joan Martin’s words, Alicante is once again at the forefront with a standard that exceeds other Spanish regions, in terms of both number of wines and the points awarded by the guide for their excellent value for money. The guide also gives details of the supermarkets where the wines can be bought.

“Los Supervinos” wine guide can be found in specialist bookshops as well as in the book departments of FNAC and El Corte Inglés.