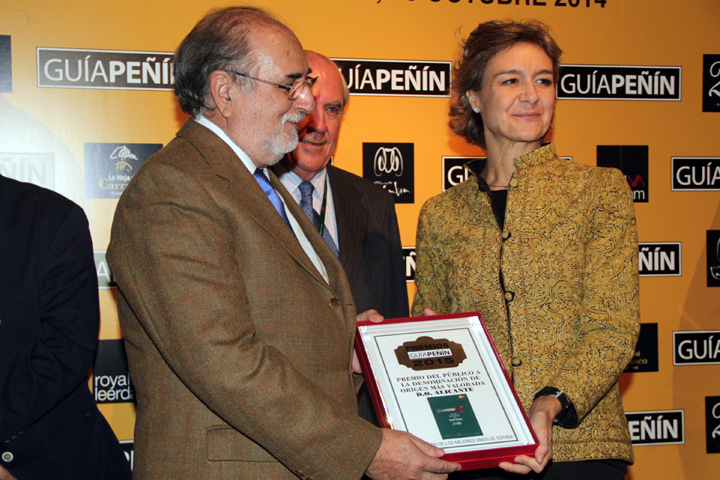 Vinos Alicante PDO named the most highly valued in Spain

The Alicante PDO has been named the most highly valued region in Spain by readers of the Peñin Wine Guide in a vote held to mark the guide’s 25th anniversary. The award was presented during the top wines of Spain show (“Salón de los Grandes Vinos de España”) held yesterday in Las Ventas bullring in Madrid.

The Minister of Agriculture, Fisheries and Food, Isabel García Tejerina, presented the award to the President of the Alicante PDO Regulatory Board, Antonio Miguel Navarro, in front of Grupo Peñin executives, wine sector professionals and a large media presence. The President dedicated the award “to the work done by all the wine growers and producers across Alicante, who have spent years of honest hard work searching for that distinctive quality“.

He also expressed his thanks for the support of everyone who collaborated in the voting, and of the Alicante local community, which at last has shown “affection and loyalty towards its wines“.

For years, the Peñin guide has been talking about the superior quality of the region and the premium grade wines made by all the wineries, highlighting its well-balanced and outstanding production coupled with some really unusual products. 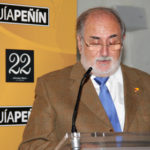 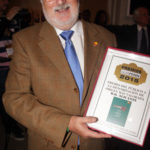 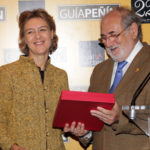 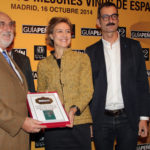